In Celebration of Pie Time There are few items you could list that immediately say ‘Australia’ better than the humble meat pie. That staple satisfying snack to grab on the run or road trip. A simple blob of sauce on the top and you’re off. A pie in whichever variety you choose will salivate the driest of mouths. The expectation of piping hot meat and gravy housed in a soft and flaky pastry.

After a few weeks based in Bowral, nestled in the Southern Highlands of NSW, there were ample flower shows, art exhibits, farmers markets, even group dog walks to attend. Yet one festival stood out from the others.  Pie Time is a celebration of the humble pie for the entire month of June. There are 26 pie shops listed on the official Southern Highlands Pie Trail, and it was without much hesitation that we decided to try them all whilst in residence.

As good as a pie tastes there is the obvious concern for the waistline. So to keep the bulge at bay it was decided that running to each pie shop would help burn the calories consumed. With 300-400km of running to cover, the Southern Highlands Pie Trail Run was born. The challenge? To run to all 26 Southern Highlands Pie Trail bakeries and sample their pies before the official Pie FEST in Bowral on 23-34 June.

We bring you the Top 5 Pie-Land Experiences after sampling from all 26 bakeries on the Southern Highlands Pie Trail. Here we list the all the pies sampled along the Southern Highland Pie Trail with a link to the detailed review on each bakery and its signature pies. Steam billows out of the wagyu beef pie alongside the best relish you’ll ever taste. ‘The Famous Robertson Pie Shop’. The chicken and camembert will have you hooked. Three locations in the Southern Highlands. Gumnut is royalty in these parts taking out so many awards they’ve run out of room to hold them. World’s best? Well, you will need to try it for yourself! World’s Best Pastry most definitely. Escape to France at Mount Ashby Estate. The hearty Beef Borbingnon pie best enjoyed with a Mount Ashby Shiraz by the open fire. A hidden Highlands gem. Award-winning vegetarian pies with plenty more for the meat-lovers. Near to the amazing waterfalls. Combine your love of cricket and your love of pies at the Stumps cafe, connected to the Bradman Museum in Bowral. Get your hipster on at the Mill Cafe. Or just enjoy their awesome pies. Look a Beef, Bean and Beef pie in the eye at the Courtyard Cafe in Berrima. Vintage pies at Heatherbraes at Sutton Forest, right on the Hume highway. They say it takes a village to make these pies. Pies served straight up, from the community spirited Hilltop Village Bakery. 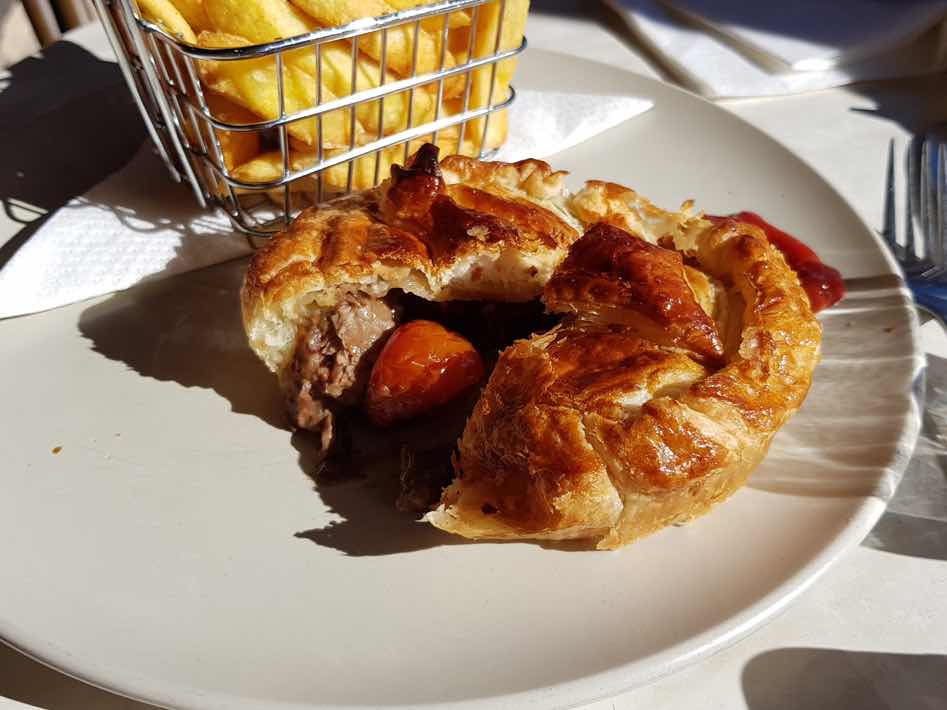 Stones Patisserie located in Berrima and Bowral – This was awarded the best pie in NSW in 2018. The Head to Tail Pie. Gourmet pies at great value for money down at the Two Skinny Cooks in Berrima. The signature Cheeseburger pie. Yes, it exists! And, tastes as good as it looks and sounds. A hearty Beef & Guinness Pie. Nothing better on a wet wintery day in the Highlands Is this just not the best looking pie you’ve ever seen? Enjoyed down at the Exeter General Store. Overhead shot of the beef cheek pie and accompanied mocktail.

This presentation is unbelievably professional!!!

Southern Highlands Weekend Escape
Whether it be a country wedding or simply a weekend getaway that brings you to the Southern Highlands, you will no doubt be in search of some events and activities...
138 Likes
wpDiscuz
1
0
Would love your thoughts, please comment.x
()
x
| Reply