The Trans-Siberian Railway. The classic multi-day rail journey across Russia to the far east of Asia. Siberia is as desolate as it is beautiful, no matter the season. Much has been written about the route and the sights along the way. But what about life on board the train, and the many quirky aspects that often only become clear the closer you get to stepping on board? Seven days aboard a train is a long time to wish you knew one or two things in advance! So here are the Sling Adventures top 10 tips to riding the Trans Siberian railway.

Right from the outset you may not actually catch the Trans Siberian per se. This most commonly referenced route across Siberia finishes in the remote outpost of Vladivostok. However the more popular, and arguably most interesting, route for travellers is actually the Trans Mongolian route. This route still passes through Siberia but takes a diversion through the Gobi desert of Mongolia finally ending in Beijing. This route is more attractive to travellers whereas the Trans-Siberian is used more by Russians heading east. Travellers choose the Trans Mongolian for two main reasons; the variety of scenery offered by Mongolia and China (5000km of birch trees do get a little monotonous) and; ending in Beijing allows for more onward travel options. Most information in this article therefore pertains to the Trans Mongolian route.

Cyrillic, common across eastern Europe including Russia adds a new dimension to language translation efforts. If you are not familiar with the Cyrillic alphabet you will not only find words that hold no meaning, you will also find entire letters which are unfamiliar. A cruel twist is that some letters which may look familiar actually mean other letters! (P=R, H=N and so on…) It is like undertaking a perpetual IQ test! While this language barrier is not limited to just train travel, it does help to familiarise yourself with Cyrillic to know you are getting on the right train at the right platform and even the right station! Russia spans 11 time zones. The Trans Mongolian train spans 7 of these timezones, yet the entire train system runs off Moscow time whilst you are in Russia. So a train reported to be arriving into say, Irkutsk at 8am would not actually arrive until 1pm local Irkutsk time. In fact, if you are planning on catching a train anywhere in Russia, ensure you set your clocks to Moscow time (GMT +3). Many would be surprised (or perhaps it was just me) to hop on the train in the heart of Moscow and have a Chinese train with Chinese guards checking the tickets. If you are in fact taking the Trans Mongolian route from Moscow you will likely be on the #4 Chinese train. It may also help to learn a little Mandarin to communicate with the guards who understandably speak little to no English and have a reputation as being a little gruff to deal with. The Chinese train guards. Gruff at best, it might help to learn a little Mandarin before the journey!

Every single kilometre of the route has a signpost indicating how far you have travelled. Considering the Trans Mongolian route is 7,261km long that’s quite a few posts to install! The numbers on the signposts simply count upwards as you get closer and closer to Beijing. Most stations and notable sights are indicated by their kilometre marking so it is an important habit to regularly check on the kilometre markings to actually know where in Siberia you are. These signposts are not always easy to see from the carriage window so you will need to pop your head right against the glass or, if you are game, pop your head out the window slightly to catch a glimpse. Signposts each and every kilometre. Indicating in this instance that you are 1,343km from Moscow.

The Trans Mongolian route passes through three countries; Russia, Mongolia and China. At each border crossing a new meal car is added. An nice change of cuisine to match the scenery you might think. The Russian dining car however is basic and serves a very sparse menu, if in fact you can find a menu or someone to serve you! The Mongolian dining car is quite ornate with a wood carving decoration in the interior to likely distract you from the very bland selection of meals. The Chinese dining car is by far the most popular. In fact, specific time slots are issued to passengers to manage the seating at the limited tables.

It is important to note that reliance on the meal cars alone may lead to a serious case of hangriness. Self catering and trackside snacks will be needed to supplement your food intake to stop you going hungry. The ornate wood carvings of the Mongolian dining car.

Self catering is almost essential on the 7 day Trans Mongolian train ride. Meal cars are quite limited in their offering and the track side vendors at each stop are unreliable. If there are trackside vendors the selection is often limited to something made of potato. These are a bit hit and miss but worth a try! Also in summer fresh strawberries, although small, are very tasty and certainly organic. A few larger stations have booths with other essential items such as toothpaste, chips, nuts and water, although be careful what you order, what I thought was a large packet of breakfast cereal turned out to be inedible sunflower seeds!

The Chinese Trans-Mongolian train offers only a simple Samovar as a kitchen. A Samovar is simply a tap providing boiling hot water. Perfect for preparing tea, coffee and any type of freeze dried meal or instant noodles. This will be your most reliable and staple diet unless you get super adventurous or lucky on the track side stalls or restaurant.

Cereal and long life milk is a good option for breakfast. There are no fridges so you’ll need to use up any perishables in the first few days, unless of course you travel in winter and can leave it in a non-heated area of the train! The standard fare for the trackside sellers. Potato based snacks.

On a 6 night train journey one would hope to hop-on and hop-off along the way. The Trans Siberian and Mongolian routes do not offer a hop-on-hop-off ticket. Individual tickets need to be bought for each of the stations you wish to travel between. For this reason, most tourists travel the entire route continuously. The most popular stop for those that do break their journey is Lake Baikal, which is not only the world’s oldest lake but also, at over 1km deep, is the world’s largest freshwater lake by volume.

Getting off the train at the scheduled stops therefore is a good opportunity to stretch the legs. Although don’t stray too far from the train! These is no roll call back on the train and it will simply leave without you. It’s best to have some money and your passport on you at all times while you are off the train in case you get left behind. The next train will be another week away!

The before mentioned guards are not too helpful in regards to the length of time the train is stopping. Most requests for a time were returned with a display of five fingers, assuming it meant 5 minutes, even when we stopped for more than half an hour. The longest stops are at the borders and when the wheels need to be changed, but you are not often allowed to leave the train. Tip: always keep the train in sight! Given to a stalemate between the Russian and Chinese railway systems, the rail gauge (the width of the railway tracks) differs between Russia and China. While Mongolia has adopted the Russian system, China has resolutely remained on it’s own unique, and narrower rail gauge. So, when arriving at (or departing from) the Chinese border the train will stop for 2-3 hours to have the carriage wheels shifted out. This is an arduous affair whereby the entire train is lifted up, all the wide wheels are slid out the front and all the new narrow wheels are slid in from the back.

This whole exercise is usually conducted at 11pm finishing around 1am with all passengers remaining on the train. The Chinese border post meanwhile is piping out some eerie classical music while you wait. Changing of the rail gauge at the Chinese border.

Seven days onboard a train seems long, but you do become accustomed to the simple routines and there is also never ending visual stimulus outside the window. But to be aware, internet access is or was very limited, there are no TV’s so apart from looking out the window, reading, writing is simply getting to know your fellow passengers.

If like me, you are torn between reading a book and looking out the window I recommend an audio book! Choose something long. I covered a biography; Alexander the Great and began Leo Tolstoy’s War and Peace both because of it’s length and connection to Russian history but I reached Beijing long before it finished!

The common name given to this train ride is the ‘vodka train’. Being invited by some Russians to participate in an endless round of toasting of vodka shots is certainly an experience. But it will likely not end until you are flat on the floor, so pick an opportune time to exit and when it is your turn to toast it is important to pick something meaningful to mention, then raise your glass and down the vodka shot in one go!

More Information for the Trans Mongolian

So I hope that gives you a bit more insight into some of the intricacies of catching a train across Siberia. I’m sure after your journey you will have your own list of quirky nuances to report on, or if you’ve recently returned, feel free to add you own in the comments below.

The following links are the most reliable resources to plan and enjoy your journey on the Trans Siberian Railway, no matter which route or direction you choose.

Fanks for the tips.
Also I’ve finde very important medical tips for transsiberian travel! Share it for you. 🙂
In Russia foreigners can get an emergency medical help free.
More medical tips you can check here:
altai-touristic.ru/eng/blog/trans-siberian_railway_travel.html 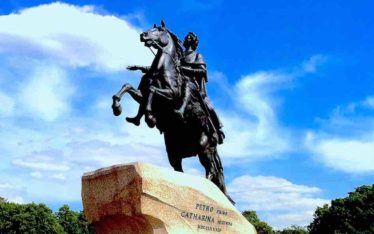 Saint Petersburg
If you are devoid of a Russian history major prior to your visit to Saint Petersburg you may find yourself looking vacantly at testaments to distant Tsars, peering curiously at...
60 Likes
wpDiscuz
1
0
Would love your thoughts, please comment.x
()
x
| Reply