A Dose of Monkey Magic in Bali A baby clings to its mother’s chest as she scampers up a tree, a lone rebel is trying to crack a resilient nut on the pavement and a village elder sits atop a Hindu temple overseeing his domain. Welcome to the Ubud Monkey Forest, where you transcend into another world, a world ruled by monkeys.

Ubud’s monkey forest is one of the top reasons for many tourists to drag themselves off the beach for a day and into the hills to get clambered on by a posse of primates. Having passed the monkey forest daily during our extended stay in Ubud it was some months until we stepped across the threshold into the world of monkey magic ourselves. You needn’t even enter the monkey forest to see monkeys. They scarper in the surrounding streets and sit on neighbouring fences grabbing what they can to feast on. Meanwhile others are jumping  on unsuspected tourists making use of their adept pickpocketing skills. Indeed stepping inside the official entrance gate may seem indifferent to being outside it. There are so many monkeys you even half expect a monkey to issue your ticket! Regardless, I would still recommend going inside to let the forest and its monkeys close in around you.

The Sacred Monkey Forest Sanctuary in Ubud houses over 600 long-tailed monkey’s also known as  Macaque and is owned and managed by the local village of  Padangtegal in which it is located. The monkey forest concept conforms to the traditional Balinese way of life known as Tri Hata Karana balancing environmental, spiritual and communal aspects of life. And, with 10,000 visitors a month it’s not a bad money spinner either! Baby monkeys stay with their mothers for the first 10 months.

Past the entrance, where the monkey-on-shoulder selfies are most often taken, the rainforest canopy allows only thin beams of light to streak through its vast collections of vines that hang from the trees like stationary waterfalls. Ancient moss covered stone statues sit unfazed by monkeys using them as an escape route (after pinching an unsuspecting tourists water bottle) and families of monkeys frolic in the flowing streams that run through the centre of the forest. The monkeys appear like a miniaturised version of ourselves going about their daily chores, having disputes and generally getting up to mischief. Immersed under the rainforest canopy is a cool respite from the heat of the day.

Inevitably, meetings of primate and human can cause some issues. Overfeeding is noticeable by pot-bellied monkeys struggling to scale statues, injuries can occur when a monkey bites off more than it was intending to chew and a monkey is simply not threatened by the presence of the human’s in it’s backyard, entering the monkey forest you are playing by monkey rules! Yet the experience is still worth the visit for the scenery and the fact that monkeys are just fascinating to watch. Keep your eyes on your possessions (particularly water bottles!) and don’t offer anything that you don’t want snatched from you!

The Ubud Monkey Forest will continue to be a drawcard for visitors to Bali, it’s a short, simple and pleasant experience to get amongst the essence of Bali and see some cheeky and also adorable monkeys going about their day in amongst the iconic forest and temples Bali is renown for.

Hi, Warren! This place looks magical! Photos are breathtaking. I can only imagine how unique is this experience, it sounds like entering a whole new world. I was wondering, did you got “robbed” by monkeys while in a forest?

I managed to elude them, water bottles are the prime target though! 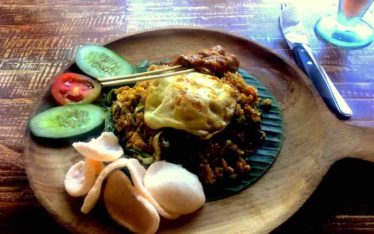 Nasi Goreng Tour of Bali
Nasi Goreng, the unofficial national dish of Indonesia. This ubiquitous item appears on menus from Jakarta to Denpasar. While 'fried rice' is the literal translation, this simple dish combines many...
180 Likes 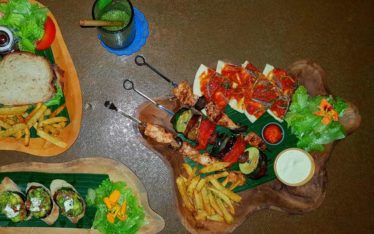 Top 5 Ubud Eats
With more restaurants in Ubud than you can poke a pair of chopsticks at, the choices soon become overwhelming. We've narrowed down our top 5 Ubud Eats to make the...
160 Likes 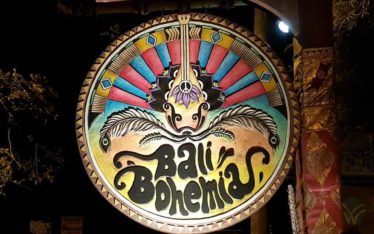 Bali Bohemia: Live Music and Cool Vibes
Connecting people through the appreciation of art and music. If you are looking to get off the beaten tourist path in busy Ubud, you need to venture across to the...
156 Likes
wpDiscuz
2
0
Would love your thoughts, please comment.x
()
x
| Reply